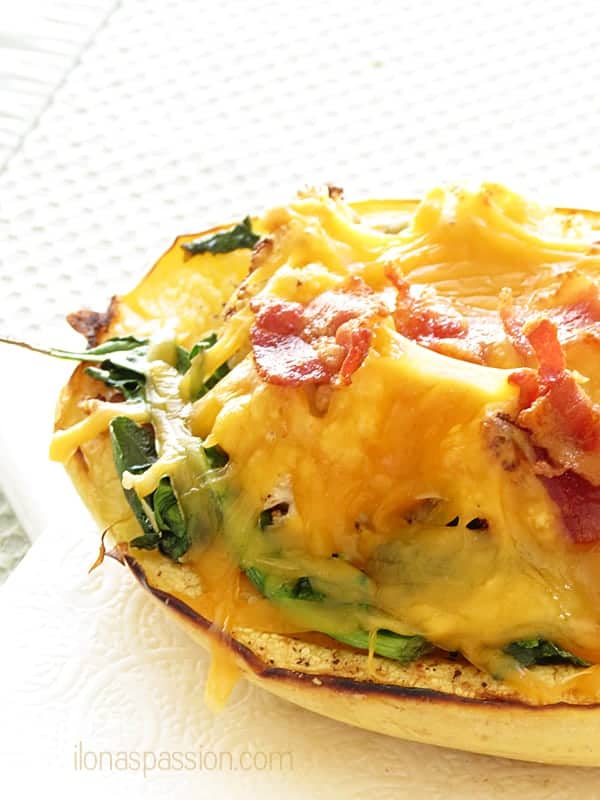 I remember when I first tried spaghetti squash. It was actually recently in February. I really liked it from the beginning., And I’m often coming back to this vegetable. This recipe can be made totally vegetarian, just omit bacon. The rest are just veggies like spinach and roasted cauliflower.

I noticed a new recipe on the web for mashed cauliflower. The one with cheese and bacon… but instead of mashed potatoes you get cauliflower as a lighter version. It’s clever idea and right away I thought about how to incorporate this in my new recipe. I had spaghetti squash in my fridge and I had to do something with it. I thought that roasted cauliflower will nicely add some flavor to the dish. 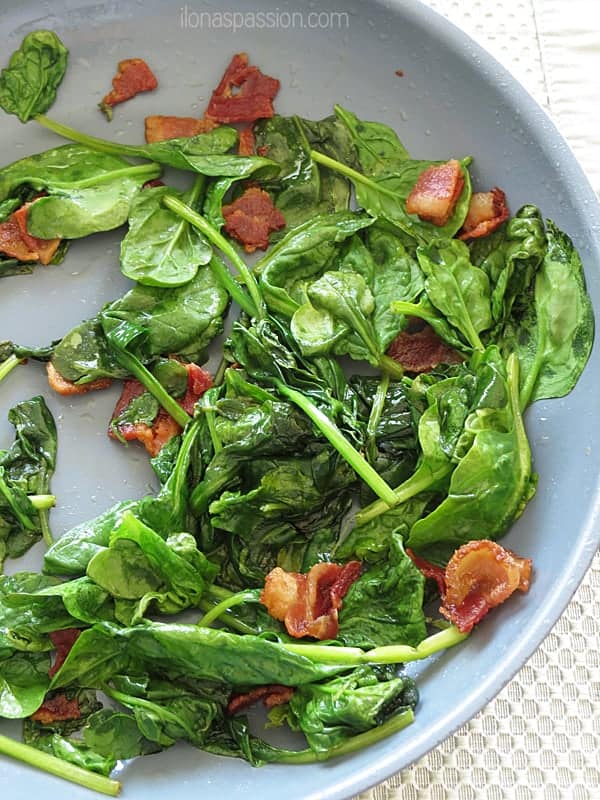 First I baked my spaghetti squash and I roasted cauliflower. Then I simmered spinach with bacon on the pan. Stuffed the squash and bake for 10 minutes. Quick, easy and not difficult at all. I usually cook my cauliflower and serve with bread crumbs. But I’ve never made roasted cauliflower and I wanted to try it if I like it. I like eat very much and some of the florets I just ate straight from the oven by itself. Yummy!

If you would like to add some more bacon or other meat, just go ahead and do it. But it can be also served meatless as vegetarian option. Do you bake spaghetti squash often at home?

If you like Spaghetti Squash and Roasted Cauliflower check 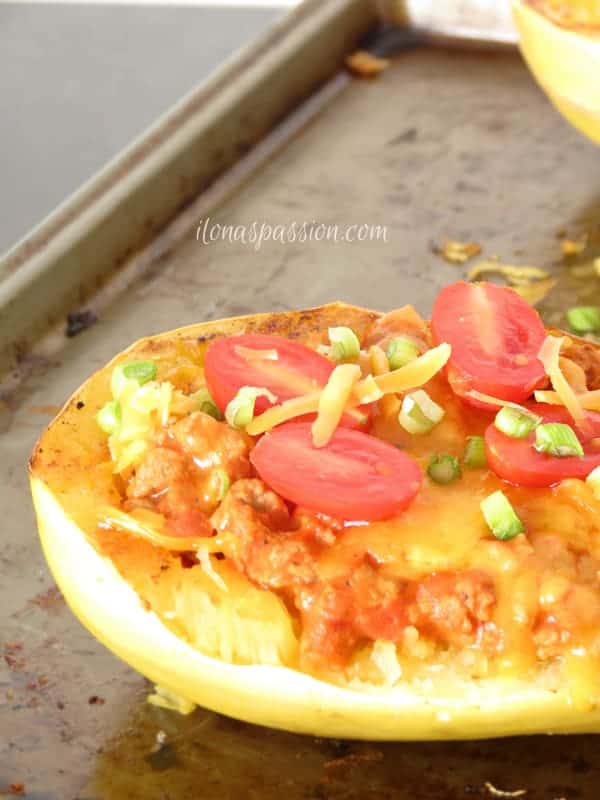 I'm Ilona, the creator of entertaining food and weeknight meals. As a designer of all beautiful things for a party, I offer entertaining styling tips and gift ideas. I love to cook everything from scratch and travel around the world. Read More… 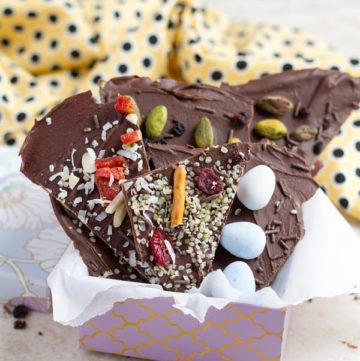