These baked pears dessert were inspired by Cinnamon Toast Crunch

cereal.  They are crunchy, sweet and sprinkled with lots of cinnamon. Oven baked pears made in a healthy way is the best treat when you are looking for something healthy. There are healthy ingredients in this recipe like cinnamon, coconut sugar, oats and coconut oil. How to make Roasted Pear Dessert How do you core a pear? Cut pear in half, using the small spoon scoop out the core inside of the pear. You can also use a knife, by cutting small circle inside the pear and removing all the core.

What is the best way to cook pears? There are many possibilities of cooking the pear including baking, poaching or simmering in the pan. For this recipe you will be baking pears at 350 F for approximately 20 minutes.

Do you peel pears before baking? No, you don’t have to peel the fruit for cinnamon coconut sugar baked pears dessert. Update Notes: The recipe was originally posted in April,  2016, it was updated with new tips in June, 2020. I'm Ilona, the creator of entertaining food and weeknight meals. As a designer of all beautiful things for a party, I offer entertaining styling tips and gift ideas. I love to cook everything from scratch and travel around the world, check out my bio here 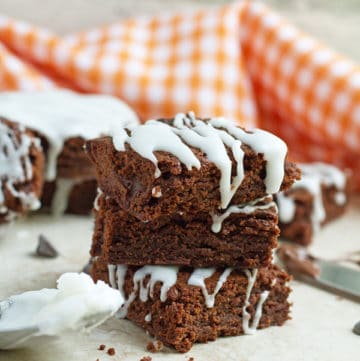